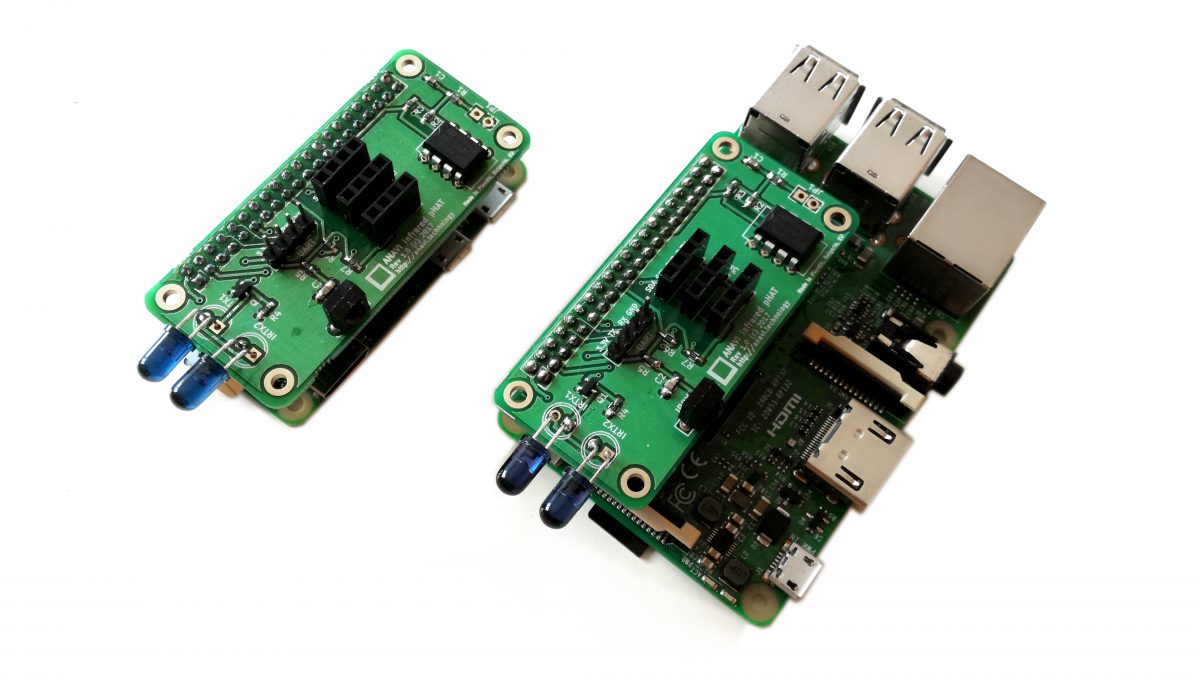 MH-Z19B is an intelligent infrared CO2 module which interacts with the Raspberry Pi using UART (universal asynchronous receiver-transmitter). Takuya uses the UART port on ANAVI Infrared pHAT to attach MH-Z19B. The rest of the sensor modules for his setup are included in ANAVI Infrared pHAT Advanced kit: HTU21D for temperature and humidity, BMP180 for barometric pressure and BH1750 for light.

By the way, initially we had published open source examples for using HTU21D, BMP180 and BH1750 in the C programming languages using the library wiringpi. Takuya also based his setup on wiringpi. However, wiringpi is now deprecated therefore we have replaced it with another library called libi2c-dev. Furthermore we added examples written in Python 3.